Air Falcon is an upcoming airline in Pakistan. They started their pre-launch operations back in 2015 and had a basic level website in place. In March 2017, they decided to re-shape their online presence as they were heading towards their soft launch. Since it is the very first airline which would be starting its operations from Lahore, Pakistan; the CEO of Air Falcon (Mr. Mian Nabeel Ashraf) wanted to have Lahore’s cultural touch on to the site. Air Falcon’s focused areas of business are going to be tourism, air cargo and passenger services. After couple of meeting, TechLeads came up with an eye catching design for the site and a demo was presented to Air Falcon team for their views. The design was highly liked and appreciated by the management of Air Falcon. Thus, Air Falcon and TechLeads went into an agreement to reshape Air Falcon’s corporate identity. The work scope included content writing, professional photography, designing and developing the site. With a dedicated effort and close coordination, the work was completed in about 5 weeks. 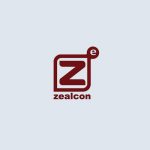 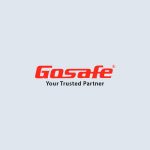